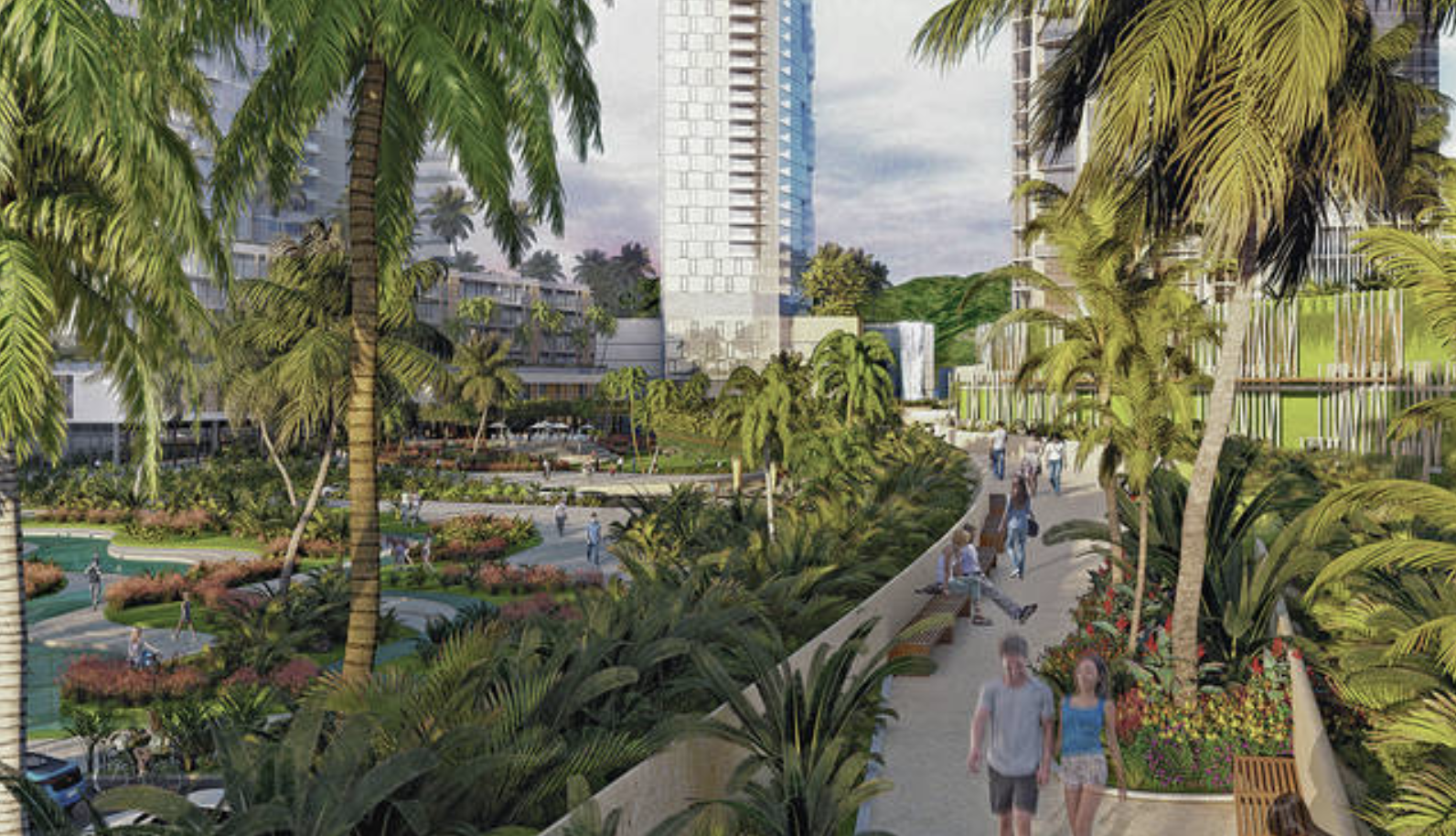 The Howard Hughes Corporation, the developer behind the Ward Village master plan, has announced that its Gateway Towers project has been put on hold indefinitely as the company reenvisions its master plan.

“We’re going to put Gateway [Towers] on hold and go through a redesign there so that it can more complement what we’re trying to do at the higher plane in terms of the master design there,” said Simon Treacy, new president of The Howard Hughes Corporation, to Pacific Business News. “Essentially, we’re rethinking it completely.”

The Gateway Towers project included plans for two luxury high-rises that would sit adjacent to the greenspace of the Ward Village Central Plaza, which broke ground last week. The towers would have comprised 236 units and were designed by Richard Meier of Richard Meier & Partners.

The second part of the master plan change-up includes plans for an elevated walkway nearly a half-mile long that would guide pedestrians over Ala Moana Boulevard, Ward Avenue, and Auahi Street, past several other Ward Village towers and ending at the future rail transit center. Imagine something inspired by New York City’s Highline Park.

“We believe the parks, elevated walkway, and the widening of the pedestrian [sidewalks] is going to create a mini oasis for people to come and enjoy the park and participate in different ways and different areas,” Treacy told Pacific Business News. “That’s kind of the big idea wrapped together with doing this from a wellness perspective.”

Elevated walkways are very popular around the world bringing people up off of busy streets into safe pedestrian only walkways. One very popular elevated walkway is in New York CIty called the High Line. It's a very trendy hang out spot for locals and tourists looking to get off the busy New York City streets. The High Line is essentially an elevated park that you can take to get from Midtown to lower Manhattan. 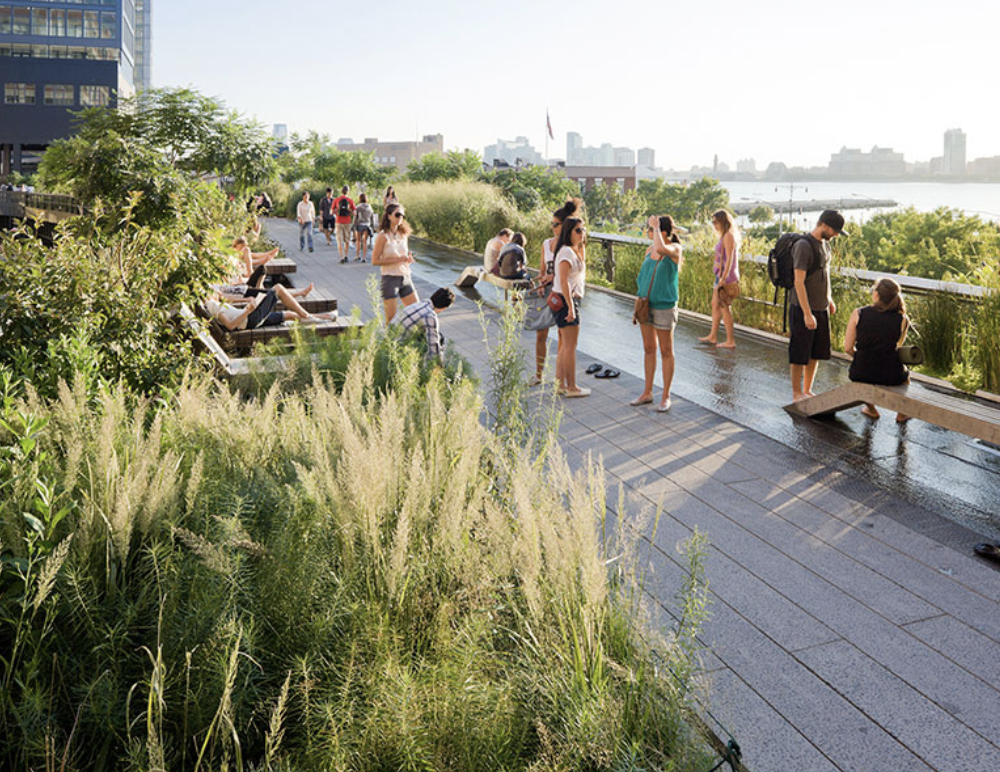 This master plan revamp is the first significant change since The Howard Hughes Corporation received approval on its master plan from the Hawaii Community Development Authority in 2012. Howard Hughes also plans to reduce the total number of buildings in the masterplan from 22 which the HCDA approved, to 16.