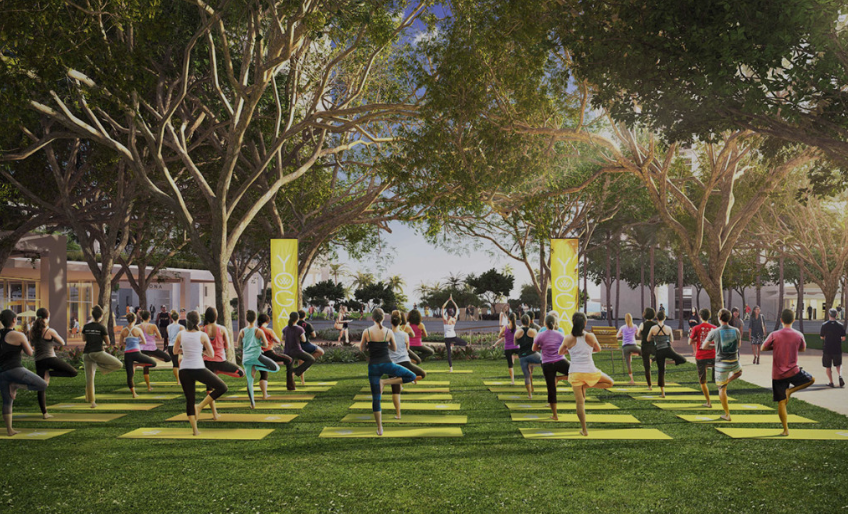 Local parks and open-air green spaces have long served as an integral part of a healthy, thriving community. Major cities around the world have incorporated parks into their urban landscape -- take New York City’s Central Park, for example. Its idyllic beauty aside, it provides proven economic benefits that extend to the entire community. Businesses near the park get a boost in traffic and surrounding properties see an increase in property value, among other environmental and community benefits. Given the perks, it should come as no surprise that Ward Village has incorporated one into its master plan. 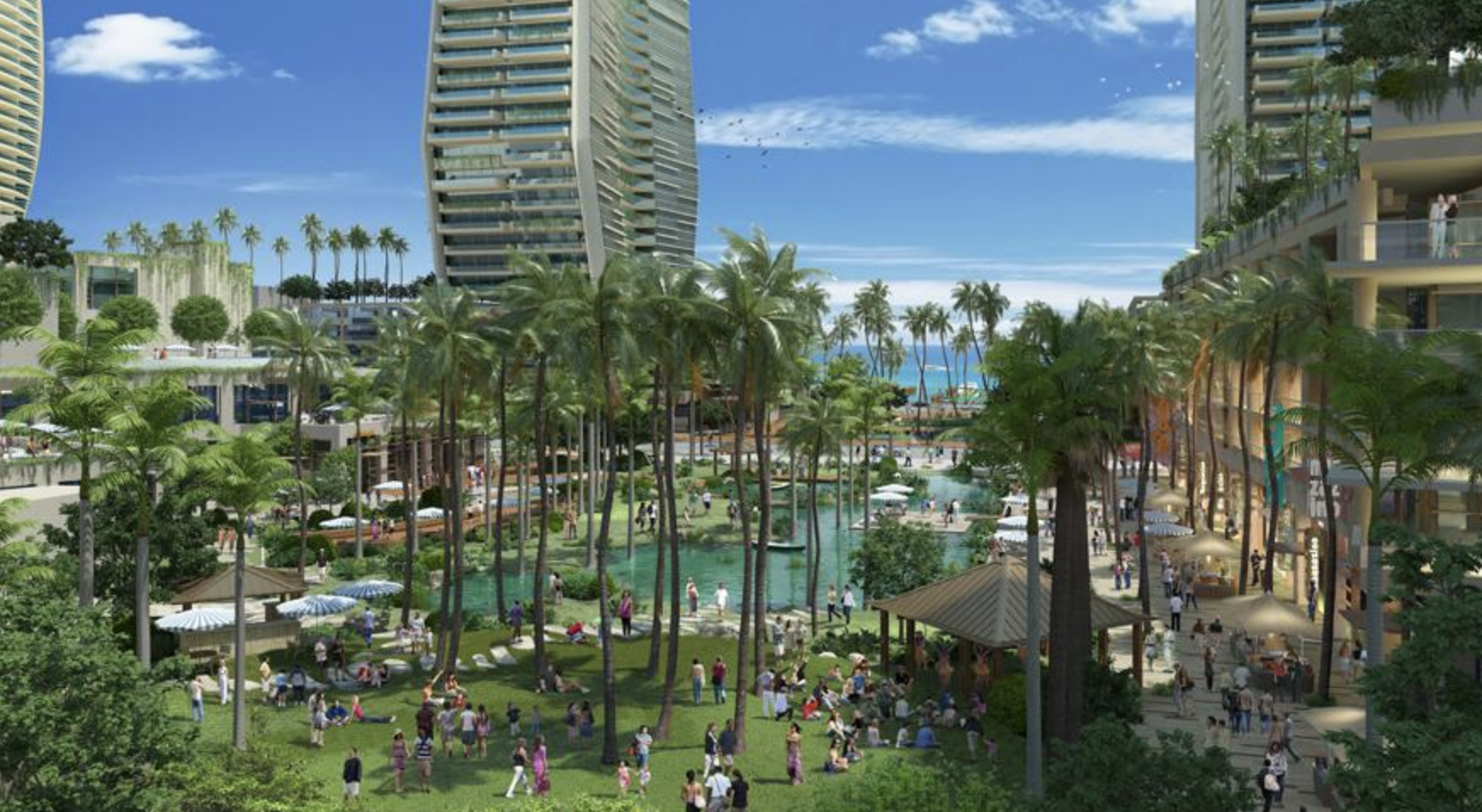 "Central Plaza is a unique opportunity to remove the pavement from nearly four acres of our property and turn it into a thriving open space. In addition to bringing the natural environment into Ward Village, it will be the center of activities for park programming and outdoor shopping and dining," said Ward Village's Race Randle. "Imagine a beautifully designed, well-maintained and secure park space with landscaping and water features, surrounded by great shopping and dining. It'll become a destination for local residents, visitors, and community members to recreate, shop and dine." 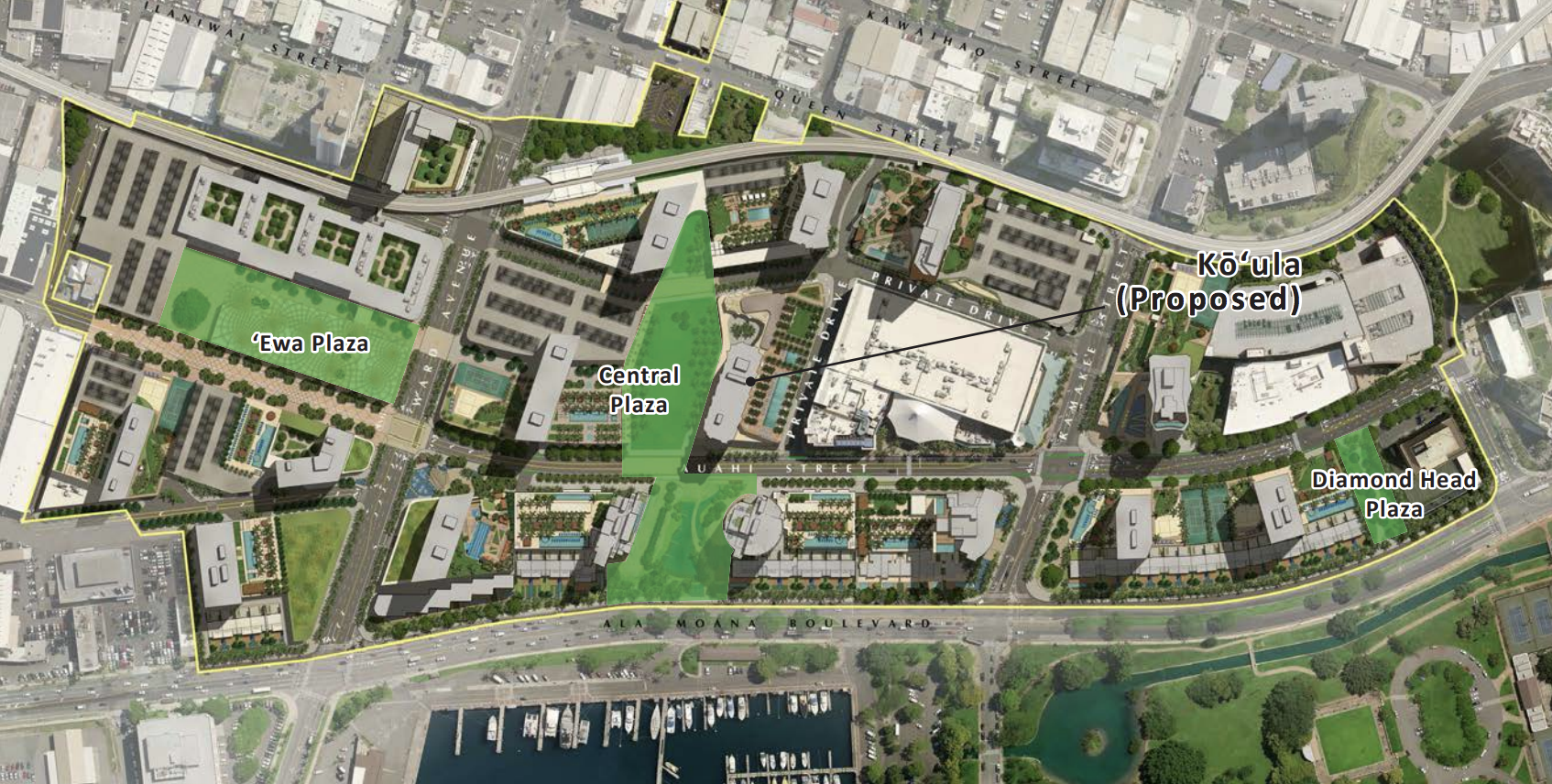 Once Central Plaza is complete, it will serve as the cornerstone of the community and add tremendous value to those who call Kakaako home. 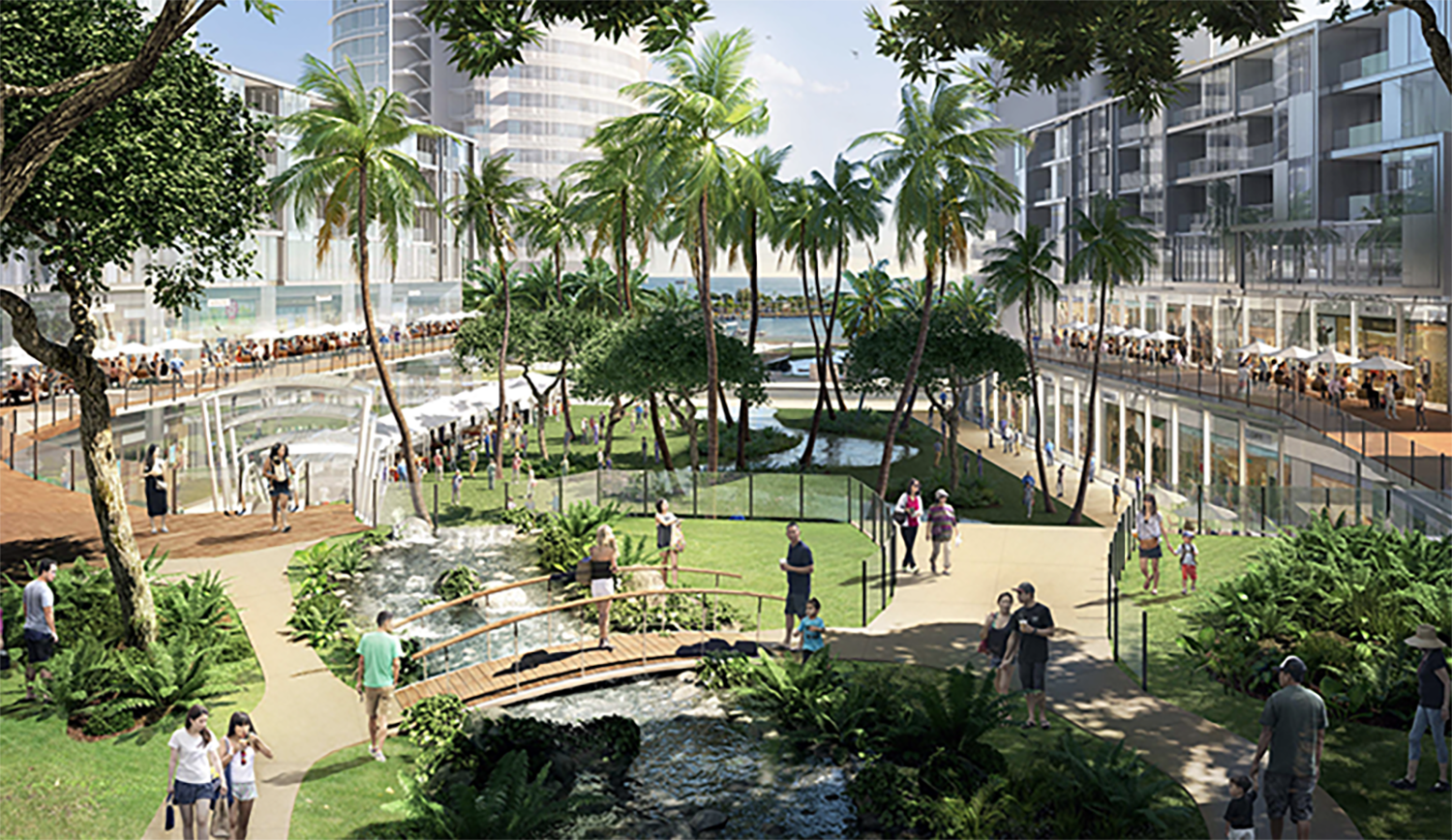